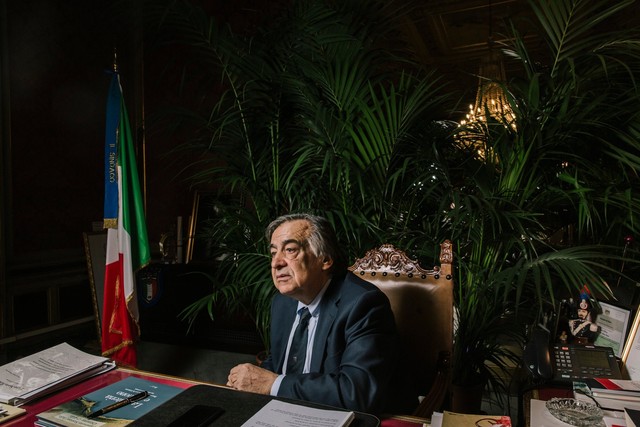 "I cannot accept that you produce criminality," said Leoluca Orlando, the mayor of Palermo, who is defying a government decree aimed at migrants.CreditCreditGianni Cipriano for The New York Times. Click here to read full story.

From the New York Times:

But stopping Mr. Salvini is exactly what Leoluca Orlando, the mayor of Palermo, the Sicilian capital, wants to do.

Passed with much fanfare late last year, Mr. Salvini's Security Decree was intended to make Italy more unwelcoming to migrants, not least by doing away with two years of "humanitarian protection" for asylum seekers, a status that allowed them to live in the country legally.

Far from adding to security, says Mr. Orlando, 71, a veteran mayor and constitutional law professor who came to prominence in the fight against the mafia, the law risks pushing migrants into the shadows and the criminal underworld by denying them legal status as well as access to health care and other social services.