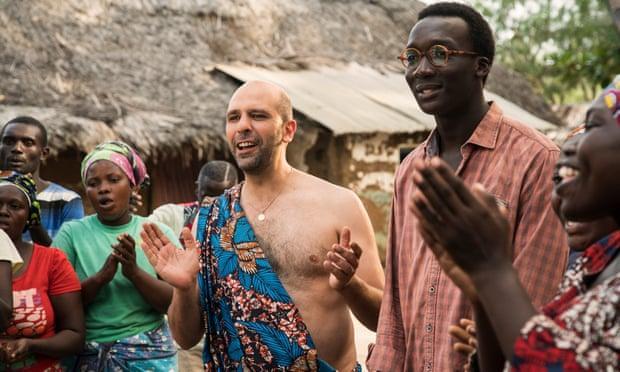 Checco (Checco Zalone) and Oumar (Souleymane Sylla) in the record-breaking Tolo Tolo. Photograph: Courtesy of Taodue and Medusa. Click on the picture to read the full story in The Guardian newspaper.

From The Guardian newspaper:

A record-breaking satirical comedy about migrants attempting to reach Europe has provoked a row in Italy, infuriating far-right politicians and their supporters.

Tolo Tolo, starring and directed by the comedian Luca Medici, AKA Checco Zalone, 42, took in €8.7m (£7.4m) on 1 January, the best opening day of all time in Italian cinema.

The movie features a debt-ridden Italian businessman, played by Zalone, who leaves Italy to take refuge in Kenya. The outbreak of civil war forces him to pack his bags and return to Italy with some of his new African friends aboard a migrant vessel.

African refugee drowns in Venice canal as tourists watch
No one jumped in to save him. An investigation is on. Click on the caption to read the story in the Independent.
Be the first to comment