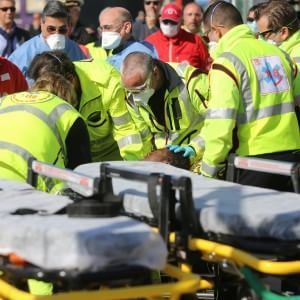 First aid help for immigrants arriving at Palermo's port on rescue ships
Mayor Orlando says Europe has washed its hands of the tragedy and abandoned Sicily and Italy to its own devices when it comes to handling the huge continuing wave of refugees.
Three rescued Somalis, picked up by Maltese mercantile ship, arrived at Palermo and were hospitalized for health problems. Altogether 91 Somalis arrived at Palermo's  Read More
Be the first to comment