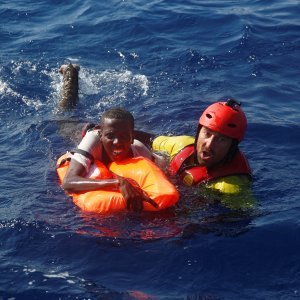 A rescuer in the water with an immigrant in one of 40 rescue operations in Mediterranean Strait of Sicily yesterday.
My translation of the article in today's La Repubblica:
The Italian Coast Guard announced that it coordinated 40 rescue operations in the Strait of Sicily Sicily yesterday saving 6,500 people. Working with the coast guard were the Italian Navy, non-governmental organizations,a nd European Union forces including Frontex, which is the European border police, and Eunaformed.  Read More
Be the first to comment 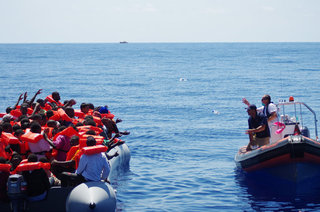 Photographs show Italian rescuers coming to the aid of asylum seekers on a smuggling boat that was so overcrowded that several had been forced to dangle their legs over the side. During the commotion of the rescue, some leapt into the water to reach safety.Click here to read the story in The Guardian in English.
The images were taken during the rescue on Monday of approximately 6,500 people, many from Eritrea and Somalia, who had set off in wooden fishing boats a few hours earlier.
Be the first to comment 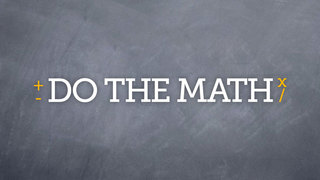 I just did the math. The traffickers generally charge around $2,000, a phenomenal sum for people from southern Africa. Then they cram them onto boats and rafts and send them off. Without food, life jackets, water or sufficient fuel, nor a compass nor anybody who knows how to run a boat. Under the broiling sun, no shade, crammed  Read More
Be the first to comment 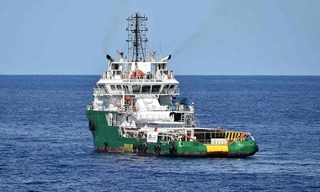 The Bourbon Argos, a rescue ship chartered by Doctors Without Border helping immigrants on the MClick to read the story in The Guardian.
The Libyan navy has admitted taking part in a confrontation with the refugee rescue boat the Bourbon Argos in international waters off the coast of Libya, following days of speculation about who attacked it.
A navy spokesman was reported to have claimed that Libyan forces had approached the rescue boat, chartered by the aid group Médecins Sans Frontières (MSF), after its crew allegedly refused to identify themselves. But the navy denied that it had fired directly at the MSF boat, and claimed it did not board the boat itself. Read More
Be the first to comment 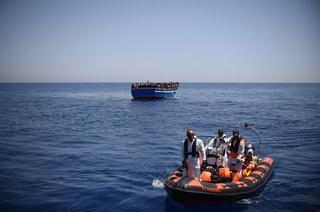 Tothe rescue of immigrants and refuges. Photo by ANSA.
While searching for shipwrecked immigrants 24 nautical miles off the Libyan coast on August 17 the Doctors Without Borders ship Bourbon Argos was fired upon by unknown men in a motor boat who then boarded the ship, then gave up their enterprise when they found that all crew had secured themselves in parts of the ship  Read More
Be the first to comment 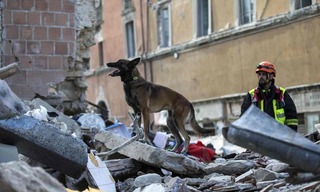 Sniffer dog on the rubble of Amatrice
Governor Crocetta has sent personnel and equipment from Sicily to aid in rescue attempts, according to La Repubblica. The Guardian has a brief video here:

Click on the caption to read live updates The Guardian in English.

Kilometer of copper wire stolen, park in the dark 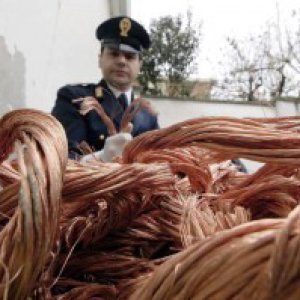 The stolen copper wire
A linear kilometer, about .6 mile worth, was stolen from La Favorita Park between downtown Palermo and Mondello, according to La Repubblica. 70 lights went out in the park.
Be the first to comment

Il capo market in the morning 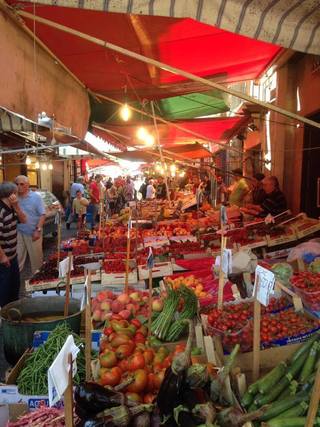 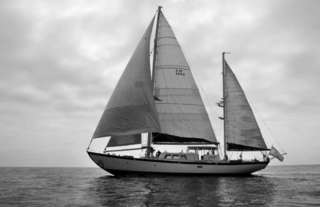 Luxury yacht Astral transformed into rescue vessel in the Mediterranean. Italian businssman Livio LoMonaco, who made a fortune selling mattresses in Spain, donated the yacht to Open Arms a non-governmental organization dedicated to saving migrants crossing the Mediteranean in inadequate vessels. LoMonaco donated his yacht for that purpose in 2006 and it has been active off the coast of Lesbos, Greece. But it now sails out of Lampedusa, Sicily.
Per the Italian news agency ANSA:
Two days ago 534 immigrants were saved in 11 rescue operations in the Strait of Sicily.Five bodies were recuperated. The migrants were aboard rubber rafts and nine small boats, according to the Italian Coast Guard, ANSA reported. Involved in the rescues were Italian Navy ship Sirius, the German Navy  Read More
Be the first to comment