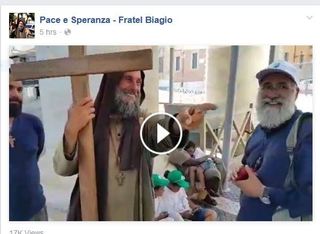 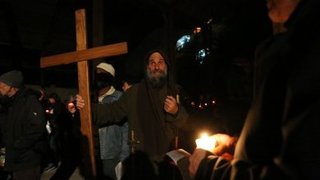 Candlelight ceremony in Brancaccio, a poor, mafia-ridden section of Palermo before Fra Biagio sets off.
Fra Biagio Conte, the self-made brother who started a new religious order in Palermo to serve the poor, homeless and refugees, who feeds and houses a thousand people a day, is about to set off on a journey to Rome by foot, carrying a wooden cross, to see the pope about getting some support  Read More
Be the first to comment 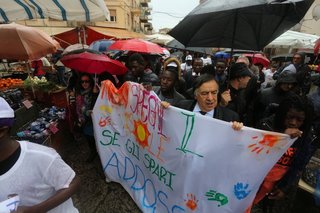 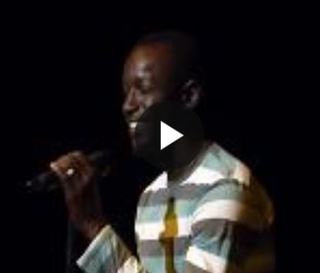 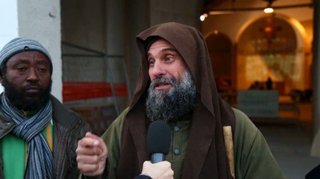 Fra Biagio Conte
Fra Biagio Conte, lay founder of the Catholic church's youngest order, the Missionaries of Charity and Hope, says he is leaving Palermo hurt and disappointed because of what he calls the city's obstruction of his plan to help unfortunate people. Biagio Conte and his colleagues, guest "brothers and sisters,"an army of volunteers and  Read More
Be the first to comment

Fra Biagio's Hunger Strike wins a round against developer 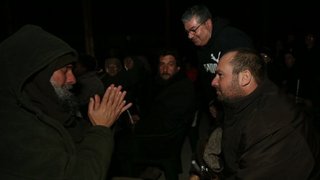 Fra Biagio slept outdoors and went on hunger strike to secure land for homeless.
Fra Biagio Conte, founder of Palermo's urban Mission of Hope and Charity, which feeds, houses, trains and cares for more than a thousand homeless people a day in four urban centers, has won a victory. The developer who bought the property adjacent to his Via Archirafi shelter where homeless men collect cardboard to recycle  Read More
Be the first to comment 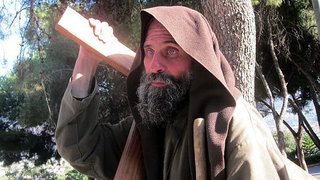 Lay missionary Fra Biagio Conte carried a cross around Sicily last year.
The city and regional government have broken their promises and robbed the poor of hope says lay missionary Fra Biagio Conte whose Mission of Hope and Charity houses and feeds more than a thousand destitute people, Palermitans and immigrants alike in four urban missions and now on several farms in Sicily. Fra Biagio says  Read More
Be the first to comment

per chi legge in italiano

My friend and former palace mate Ester Russo, who is a psychologist who treats immigrants and victims of torture, wrote an article about recent events in Palermo, protests over building fences in Europe to keep asylum seekers out. The cover image quotes  Read More
Be the first to comment