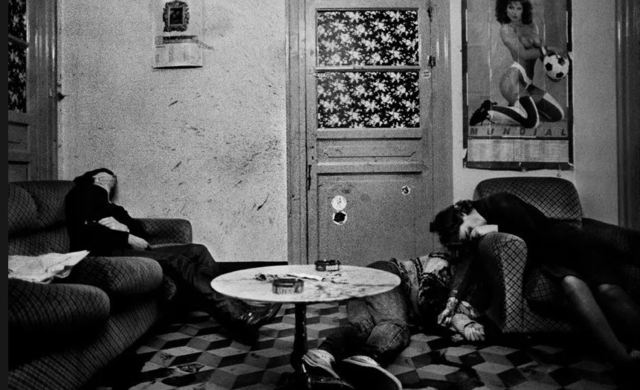 Murdered … a sex worker and her clients in Palermo, 1982. Photograph: Letizia Battaglia
Click here to read the full profile in The Guardian.

In one room, assistants are hanging a selection of her early work, originally published in Palermo's left-wing newspaper, L'Ora. One striking photograph shows several mafiosa sitting in a row in a courtroom. The youngest is staring arrogantly at her camera, his finger pointed towards his mouth. "He is saying to me, 'I will blow your brains out,'" says Battaglia, who lived with regular death threats for two decades. 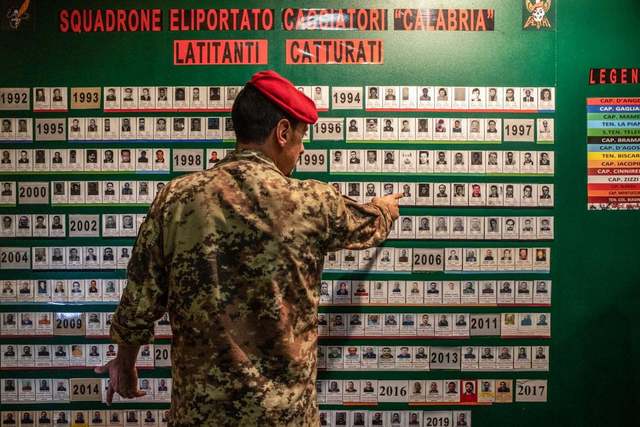 On the slopes of the Aspromonte mountains, Pasquale Marando, a man known as the Pablo Escobar of the Calabrian mafia, the feared 'Ndrangheta, built a secret bunker whose entrance was the mouth of a pizza oven.

Less than 10 miles away, Ernesto Fazzalari, who allegedly enjoyed trap shooting with the heads of his decapitated victims, lived in a 10 square-metre hideout in the formidable southern Italian range. When authorities came for him in 2004, Fazzalari, then the second most-wanted mafia boss after Matteo Messina Denaro of the Sicilian Cosa Nostra, had already escaped through a secret tunnel under the kitchen sink.