Tags: earthquake, etna., Catania, Fleri
Be the first to comment 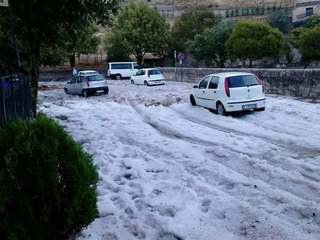 A good foot of hail piled up in Gangi. Click here to read the story in Italian in La Repubblica.
The Cassaro, aka Corso Vittorio Emanuele, Palermo's oldest and grandest boulevard, was a river today, and the Madonie mountain town of Gangi had to contend with a thick layer of hailstones. Really odd weather.
Be the first to comment 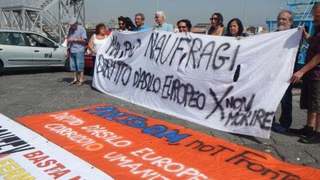 Sit-in at Catania port to protest the arrival of the fascist ship C Star. Click here to read the full story in Italian in La Repubblica.
From La Repubblica this morning:
The anti-racist non profit associations of Sicily are on the brink of "war." Today at Catania's port they protested against the idea of letting the ship C-Star dock there. The C Star is a ship rented by by the extreme right group Generazione Identitaria,
( Identity Generation), an extreme right multinational group formed in 2012 and made up of French, Italian and German members. Alfonso Di Stefano, representative of the Catania Anti-racist Network, said, " We are expressing our unconditional solidarity with the precious work that the humanitarian ships do and we will stand vigil in the port until the docking of the C-Star does not happen here nor anywhere in Sicily. We know that up until yesterday evening it was blocked in the port of Suez. It seems that it is going to leave or it has already left and it will take from five to six days to arrive here.
The C Star intends to lend support to the Libyan Coast Guard in its operations in which they stop vessels loaded with migrants and turn them back to Libya.
At the sit-in at the Catania port were thirty representatives of the non- profits that comprise the Network, who showed banners with the saying: "No more shipwrecks. The right to European refuge in order not to die," and Freedom, not Frontex," and " The right to asylum and humanitarian corridors." Read More
Be the first to comment 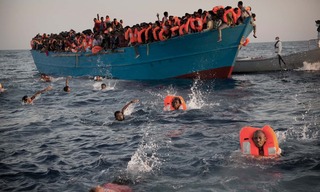 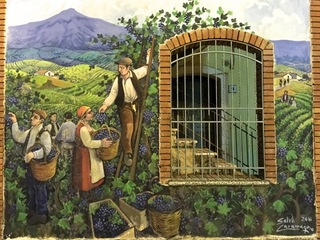 Vineyard mural painted by Salvo Caramagno in Linguaglossa, a town on the slopes of Mount Etna.....
The New York-based Sicily lover and connoisseur Karen La Rosa of LaRosa Works offers her limited-participation UNCORK MOUNT ETNA TOUR to be held May 30 - June 6, 2016. The group will explore vineyards, meet winemakers and learn from the pros in spectacular settings ranging from Catania to towns on the slopes of Etna, Europe's largest active volcano. The tour includes fine dining in spectacular settings, private transportation and guides to accompany the group. Read More
Be the first to comment 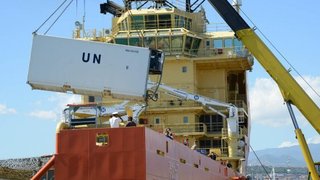 The reliquary bust of Saint Agatha in Catania, on procession now.
The feast is happening live, now, and Antenna Sicilia broadcasts salient parts live on the internet for several hours at a time.
Be the first to comment

Weekend with a friend in Catania 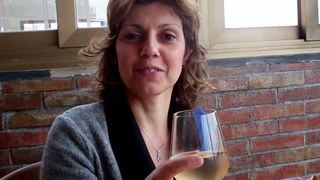 Palmina makes a toast to us.
Spent a weekend away with my friend Palmina in Catania. She runs her own language school, GIGA, and also works for various language-school associations and is VERY busy but carved out a weekend to spend with me. She took me to one of her favorite places, Acitrezza, on the Sicilian riviera, and we listened  Read More
1 Comments

Nice way to spend the day with a friend.