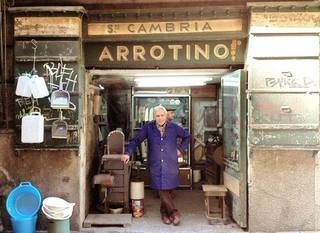 Knifemaker in the Vucciria market of Palermo. He's been there 60 years.
University of Palermo anthropology professor Carlo Di Franco, who took the picture, writes on his personal Facebook page that Palermo's old knife makers appear in all the old markets of the city: the Vucciria, Ballaro`, and the Capo markets. He photographed Mr. Salvatore Cambria who for 60 years has operated out of his shop and workshop in Discesa Maccarrronai (Macaroni Makers Descent) in the Vucciria market. Read More
Be the first to comment

Do the UN nations mean what they say?

Islamic feast of the sacrifice celebrated outdoors in Palermo 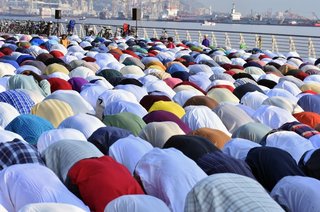 Photo by Mike Palazzotto for La Repubblica.
A thousand faithful and Palermo Mayor Leoluca Orlando celebrate the Islamic Feast of the Sacrifice held seaside in the Foro Italico.
Be the first to comment 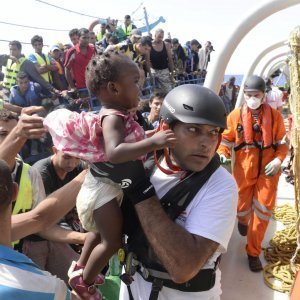 Today, Sunday, alone saw 1100 migrants saved from the Strait of Sicily. The Libyan traffickers sent off eight rubber rafts all at once. Also saved were two tiny boats full of complete Libyan families. This is a new phenomenon, according to a report in the daily La Repubblica. The Libyan families are autonomous immigrants escaping  Read More
Be the first to comment 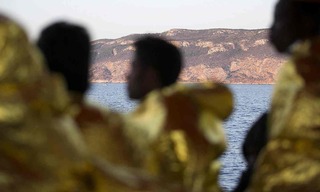 Rescued immigrants wrapped in gold-coated thermal blankets approach landfall in Europe.
From Reuters in Rome via The Guardian:
An Italian judge has acquitted two men accused of people-smuggling and murder, saying they had been forced at gunpoint by Libyan traffickers to drive a rubber boat packed with migrants last year.

The BBC aboard the rescue ship Aquarius

More than a thousand migrants saved at sea 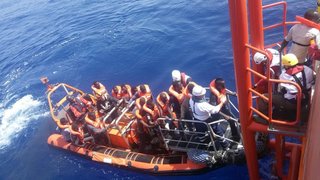 Click on the caption to see the video of people screaming in the waters of the Mediterranean.
More than a thousand migrants, including tiny babies, were rescued in the past few hours off the coast of Libya in several operations that involved the Italian Coast Guard and and Maltese ship. IN the video you can also see a rescuer who was overcome by the diesel fumes of one of the vessels, felt ill and fainted in the waters. Imagine having to smell the diesel fumes day and night without respite during the transit of the Mediterranean. Read More
Be the first to comment

Taking on the Mafia: AL Jazeera documentary about Palermo

Sicilian judge Antonino Di Matteo is one of the most threatened - and protected - men in Italy. As the chief prosecutor in Italy's "trial of the century", he has more than 20 bodyguards, ensuring his safety around the clock. On trial are 10 men who stand accused of being part of a conspiracy between the mafia and the state. Five of the defendants are mafia bosses and five are members of the political establishment. Read More
Be the first to comment