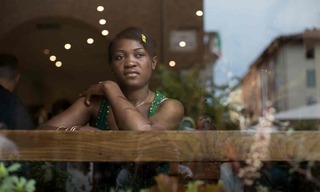 Nigerian women are tricked into sex slavery
From the Guardian:
It’s just after 9pm when the first Nigerian women start to appear on the streets of Asti, a small city near Turin in northern Italy. Some stand in groups of two or three, flagging down passing cars or checking their phones. Many are alone – solitary figures backlit by the stream of headlights moving into the city. Princess Inyang Okokon slows down her car as she spots two girls standing on a corner. Even with heavy makeup they look no older than 15 or 16. “So many new faces,” she says, shaking her head as she pulls her car to the side of the road and gets out to speak to them. Read More
Be the first to comment